Comic cakes or cartoon cakes are 2D adorable cakes that are the latest trend and we too are obsessed with it. They have a cartoonish feel made with strips of black fondant or icing on the borders of various elements placed on the cake

Below are a few of the best tutorials on how to make a cartoon cake or comic style cake. They teach you how to get the look of the cake from scratch with easy techniques and skills

How to make cartoon cake by Liliana da Silva

How To Make A Comic Cake by Bake a Cake with Mr.D

Comic Cartoon Cake with NO FONDANT by British Girl Bakes

These are a few cakes made by artist from around the globe with a comic style effect. Check out the below art and get inspired for your next cake project 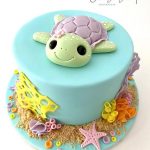